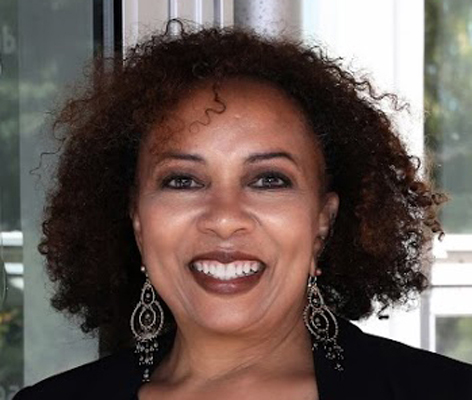 Gioya McRae is a certified transitional life coach, author, speaker; and founder of Rewrite Your Life, an organization dedicated to helping people rewrite their lives and find a renewed sense of purpose so they can make a difference in the next phase of their journeys.

McRae’s mission is to help people:

Gioya serves as the Program Chair for the African-American Cultural Committee of the Montclair Art Museum, and is a member of the National Council of Negro Women where she was honored as “A Distinct Woman Who Rocks” and again at their Annual NCNW Bethune Height Recognition Program in the category of “Arts and Sciences.

The Mother of Reinvention

Most of us — myself included — tend to think of ourselves only in our present state.

But will I always be this way? If the past is any indication, the answer is no.

As I think back, I see many versions of myself. Changes happen so gradually, that I’m often surprised when I see the new me in the mirror. Sometimes I don’t even realized how much I’ve changed until somebody points it out. .

Take my hair. From permed to braids to twists to a curly afro. My clothes: fluffy dresses handmade by my mother to miniskirts and bell bottoms to business suits. These days it’s sensible heels and comfortable Sketchers

I started out as a shy, fearful kid and grew into my teens with an obvious insecurity that made me an easy target. As a teenager, I played the part of the rebel to hide my fear. But I landed in a series of emotionally abusive relationships. With time, I grew stronger and more perceptive. Eventually I could see through false kindness and sense the abusive lairs. Now my radar goes off as soon as someone reveals a hint of cruelty.

A great revolution was upon me — I realized I could live a good life without a mate. I learned to love myself enough to not permit someone else to treat me as less than equal.

I began writing poems and essays and keeping journals. I had always loved to write, but now this felt like a practice. It released pent-up feelings and cleared my mind. Eventually, I started writing for publications. For pay. Being a writer became part of my identity.

Then I met Tyris, a man who equaled the person I had become. We settled into a wonderful life. He was intelligent, kind, loving — all I ever wanted in a man.

We decided to go into business together. We did tons of research, bundled our savings and opened a clothing store. I was ecstatic at the thought of never having to return to the corporate world. We had visions of living the good life and shaping our own destinies.

Unfortunately, our future didn’t comply with our dreams. Our business failed and we were left with nothing. We had sunk our savings into it. We had no money, not job prospects and were ineligible for unemployment. We had to declared bankruptcy and take menial short-term jobs. In the midst of this tempest we drew even closer to each other and got married.

I was happier than ever.

During this honeymoon period, I flourished. I wrote and self-published my first book. A friend and mentor called me soon after and suggested that I should teach others how to self-publish. I set up my first self-publishing seminar. And this led to a series of seminars and workshops which have been my heart and soul for more than ten years. Another reinvention.

But in December 2006, Tyris died of a heart attack before our second anniversary. The devastation and shock took a full year to wear off. I was lost and confused as to why God took the man I wanted to grow old with.

Strangely, the first month after his death, I felt normal. Swathed in a blanket of denial, I finished my Christmas shopping, wrapped presents and cooked holiday foods like nothing had happened. I didn’t know why I was “ok” but I accepted it.

On New Year’s Eve, it came crashing down. I was shopping for our normal holiday celebration goodies. Every year Tyris and I had shrimp, desserts and sparkling apple cider. As I reached for a bag of shrimp my inner voice said, He’s not coming back. It was as if I’d been holding my breath for a month, waiting for his return.

And just like that I realized he never would. I finished my shopping with tears streaming down my face. No one seemed to notice.

For the first time in my life, I thought I might not recover. I moved through my daily functions in a stupor. I felt lost. My beautiful future had shattered into thousands of shards. I didn’t know how I’d ever put it back together.

I developed a physical pain in my chest and thought I might follow my husband into death, like old couples who die within months of one another. Strangely, that comforted me. I’d be with him again.

For months all I could do was go to work, come home and go straight to bed. I was going through an undiagnosed depression.

But with help of friends and family, I began to heal in tiny increments. People who loved me took me to dinner and encouraged me to talk about what I was feeling. Friends made me laugh and let me cry.

Every day I took another step forward. Slowly, a new freedom opened up for me where I could pursue activities I had set aside while nurturing my marriage. I found a new job and took steps to restore my credit. I wrote more books. I obtained my coaching certification and solidified my business. Again, reinvention emerged.

After many years of coaching writers, I began doing workshops for a non-profit organization that helps empower women. I began to incorporate writing with healing and growth. My heart moved into a new direction which changed the entire focus of my coaching. I felt like I had finally found my life’s purpose, my soul’s renewal.

Over the years I’ve come to understand I can’t always choose my future. Plans are good, but I must also be able to adapt to life’s unpredictability and transform myself to not just survive, but to thrive.

Embracing change is the only way to live. 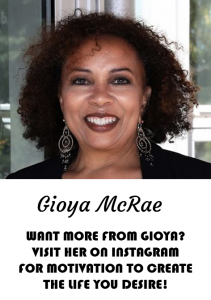